Coming soon...
The detail conference venue information will be available about on October 10, 2022.

Chongqing is located in southwestern China, on the upper reaches of the Yangtze River. It used to be the accompanying capital during the war, and in 1997 became one of the four municipalities directly under the Central Government in China. Chongqing is surrounded by mountains on all sides and is built on the mountain. Because it is located at the edge of the basin and where the two rivers meet, the fog is hazy throughout the year, so it is also known as "Mountain City" and "Fog City".

Food, night scenes, and beauty are the three major business cards of Chongqing. Chongqing is a famous gourmet destination and a paradise for food, especially the hot pot, which is famous all over the world, which is spicy and delicious, "attracting countless diners to compete." The night view of the mountain city is the most famous scene in Chongqing. Whether standing on the Nanshan Mountain or overlooking the Yangtze River cableway from the sky, you can enjoy the bright night and the panoramic view of the two rivers. Chongqing is also rich in beautiful women, and popular business districts such as Jiefangbei and Guanyin Bridge are good places to see beautiful women.

In addition to the main urban area of Chongqing, Wulong Tiankeng and Dazu Rock Carvings around Chongqing have also risen in popularity in the past two years. They are only 2-3 hours away from Chongqing by car, but on the same day, tourists who come to Chongqing will almost always take a one-day trip to Wulong. Feel the supernatural craftsmanship of nature and experience the exquisiteness of ancient cliff sculptures at Dazu Rock Carvings.

From March to May and September to October is the best time to travel in Chongqing.

March-March, September-October: Because Chongqing has a humid subtropical monsoon climate, these two periods are Chongqing's spring and autumn, and the temperature is the most comfortable, neither hot nor cold.

From November to February: Chongqing will enter winter from November, and the rainy season begins. The climate is humid and cold, but it is suitable for eating hot pot and hot springs. This is also the off-season in Chongqing, and off-season tickets are implemented for most attractions. On Christmas and New Year's Eve, many people will gather at the Jiefangbei in Chongqing to listen to the zero o'clock ringing of the Jiefangbei and the flying of balloons. The surrounding area is full of lights and colorful, and major shopping malls also have rich discounts and promotions.

June-August: It is the scorching summer season in Chongqing . It is as hot as the Stove City, with the highest temperature reaching 40°C. However, the locals prefer to eat hot pot in the summer and sweat the most. Moreover, the fog is relatively weak during this period, and the night scene is the clearest. Wulong, Jinfoshan and other places around Chongqing have also caused housing prices to rise by about 10% due to the summer crowd. It is best to book in advance.

Recommended number of days to play

The tourist attractions in the main city of Chongqing are very concentrated, and eating and drinking for 3 days is enough. If you go to Dazu Rock Carvings or Wulong, it takes 1 day for each of the two places.

The consumption level in Chongqing is roughly the same as that in Chengdu, and lower than that in Beijing and Shanghai.

Attractions: The overall consumption is not high. When you come to Chongqing, most activities are in the main city. Most must-visit attractions such as Hongya Cave , Ciqikou , Three Gorges Museum, etc. are open for free. Tickets for other attractions are not expensive. The cableway is 20 yuan per person, round trip. 30 yuan/person, 30 yuan for a tree in Nanshan to see the night scene. For a day trip to the surrounding Wulong or Dazu Rock Carvings, the consumption will be relatively high, at least 200-300 yuan per capita.

Dining: When you come to Chongqing, you focus on tasting food. Food and beverage costs a lot. In fact, consumption is not high. A bowl of hot and sour noodles is 5-6 yuan/serving, small noodles are 6-10 yuan/serving, and hand-wringing is 10-15 yuan/serving. A hot pot is essential for lunch and dinner. Old hot pots are usually good for 40-60 yuan per capita, and high-end new hot pots are more expensive, 80-100 yuan per capita. The prices of food and beverages in the ancient towns of Hongyadong and Ciqikou are twice as expensive in other places.

Accommodation: Take the Jiefangbei and Hongyadong areas as examples. Due to the good location, the hotel prices are relatively high. Five-star hotels are at least 500 yuan in off-season, and budget hotels are about 200-300 yuan for standard rooms. The hostel beds are relatively cheap, 50 Yuan/night.

Transportation: Chongqing's transportation consumption is not high, travel basically depends on the subway, the fare is 2-7 yuan; moreover, the scenic spots in Yuzhong District are concentrated, which can be reached on foot. If you really want to take a taxi, the starting price of 10 yuan is not expensive.

Generally speaking, if you come during non-holidays, two people will play for 3 days, not counting the round-trip transportation expenses, 800-1500 yuan is basically enough. 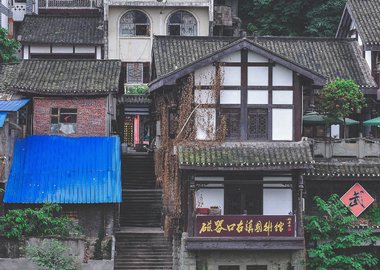 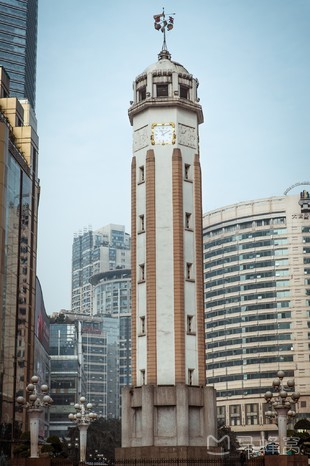 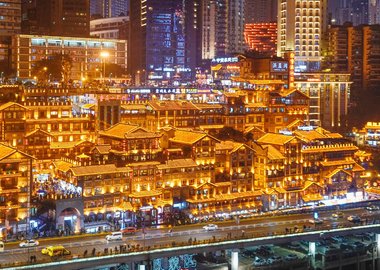